Brand crowns the season with the World Cyclocross Championship!

It was a very good race at Ostend that was defined on the last lap. Netherlands made it 1-2-3.

The Belgian Ostend circuit turned out to be excellent for the Women’s World Cyclo-cross Championships. It had grass, dirt, sand, climbs, descents, fast parts, stuck parts … A test worthy of the World Championship.

The World Champion Ceylin del Carmen Alvarado (NED) fell in the first corner figuratively and literally, as she was never a contender to repeat. The Dutch trio of Betsema, Worst and Brand were the ones who took the lead.

After the first lap Alvarado was already fourth but clearly behind. After two laps Brand crossed second but 11 seconds behind Betsema. Worst touched Brand and fell into the sand but it was not serious.

It started to rain and Brand started her attack, passing Betsema about to finish three laps. There the pace increased but Betsema followed her and shortly after Worst also got to them and led the trio of cyclists that moved away from Alvarado and the rest.

Brand went into the pits to change bikes but stayed in the group and seemed to come out faster at times when they had to get off the bike to run in the sand or climb the stairs.

Worst passed Brand but the lead was short-lived and Brand slipped on the inside into a corner, which caused a race contact. Worst went down. She got up right away but Brand extended her lead long enough to win a well deserved World Championship after a good season. Worst and Betsema franked her in the podium.

Honsinger was fourth, ahead of Kastelijn (NED), Alvarado and Evie Richards (ENG). 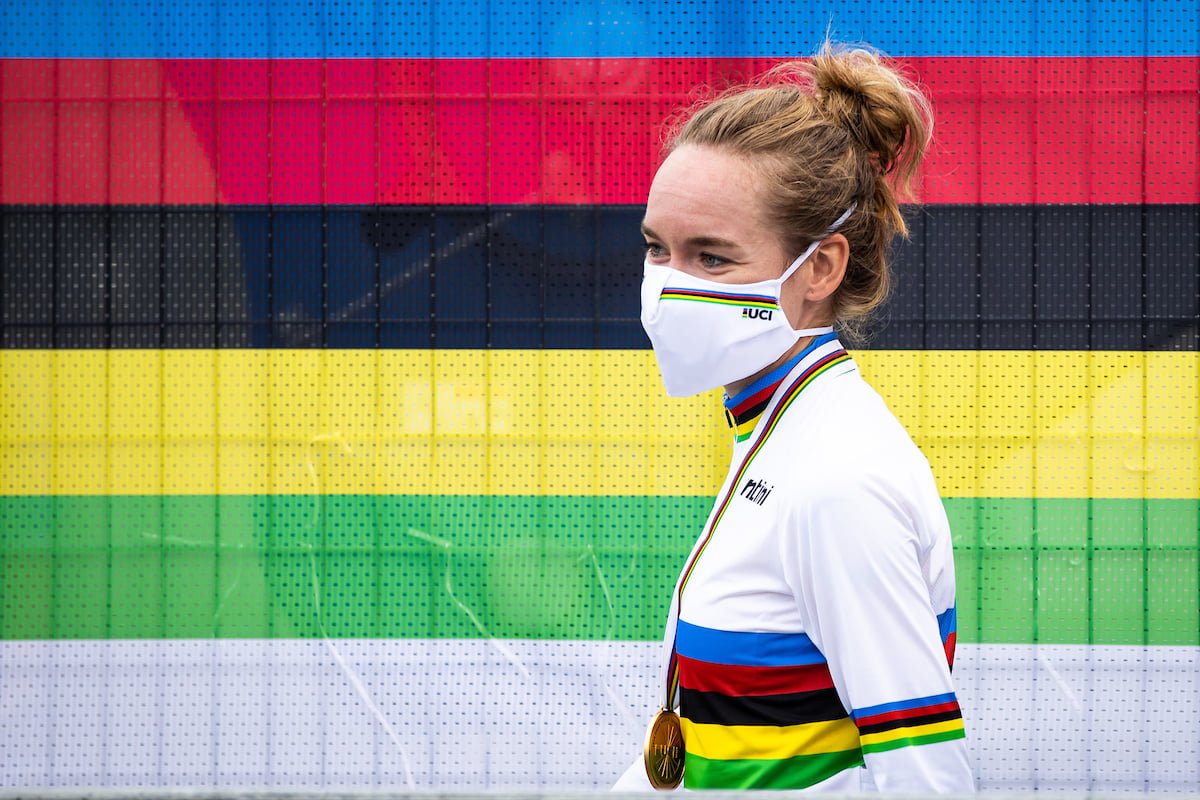