Anthony Joshua is back! Knocks Pulev out

The same old Anthony Joshua (ENG) is back! The Brit defeated Kubrat Pulev (BGR) to succesfully defend his WBO World, WBA World and IBF World, and IBO Heavyweight Championships. This is Pulev’s first defeat since he lost to Wladimir Klitschko (UKR) in 2014.

The first round was a typical study round, with Joshua boxing Pulev for a bit. They started to engage in the second. Joshua particularly picked up with a few combos and he opened his guard at one point almost as if wanting Pulev to land his right hand and measure the power. Not as if that was the plan necessarily, though. Joshua tried some combination at the end and Pulev blocked it well. Joshua took it, not with much.

In the third one Joshua hurt Pulev with big right hands, hands and uppercuts, and Pulev who literally turned away twice. In the second of these he was knocked down when Joshua might have been a bit reckless but then kept on landing great combinations for a second knockdown, with Pulev with his back in the floor. The fight could have been stopped when he turned his back.

Pulev surprisingly came back to his feet in the fourth but without really landing anything important and Joshua was still in control. In the fifth, a good right jab made Pulev’s head snap back although he did land some power shots, with a pleasing but potentially reckless style.

Pulev did look better in the first minute of the sixth and tried a big right hand that Joshua easily dodged. Joshua then used his jabs. Pulev landed a left that probably hurt Joshua, who then pulled Pulev’s head, but then Joshua was able to connect his combinations again.

The seventh saw Joshua land three or four consecutive uppercuts and a series of rabbit punches by Pulev. Pulev look confident in the eight, and he landed some consistent punches. It did not look as if Joshua was at risk but he slowed down a bit.

In the ninth Joshua used his distance well and landed two series of three uppercuts and the second of those knocked Pulev down. He was able to get back up and finished it with a right hand Pulev could not get up from.

AJ then went to the ringside and paid his respects to Floyd Mayweather Jr (USA), who was in the arena to watch this fight live.

This should make Joshua regain his confidence. Could we see a fight against Tyson Fury (ENG) for an all-Brit full Heavyweight unification? 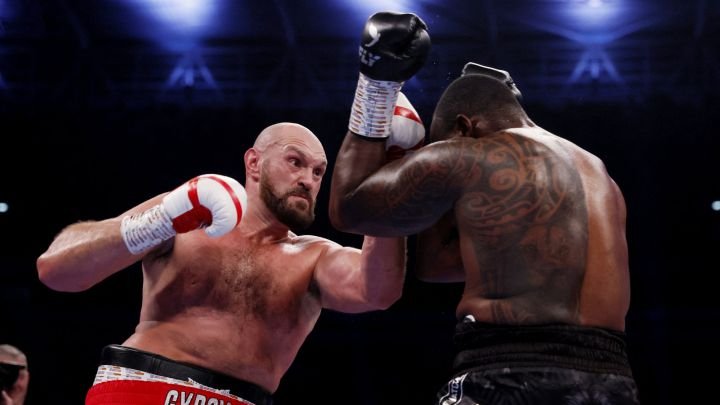 “The Beast” Aleem defeats Pasillas for the WBA interim Superbantamweight