Fittipaldi wins the first round of F1 … Virtually!

The 2021 season of Formula 1 has already started, although in its virtual version, with the F1 Esports Virtual Grand Prix of Austria.

First a Sprint race was held between the F1 Virtual Series drivers and then another with drivers and former F1 drivers as well as motor sport celebrities.

David Tonizza (ITA, Ferrari) took the early lead and held it until the end despite pressure from Dani Moreno (ESP, Mercedes).

Multi-time Motocross champion Jeffrey Herlings (NED, Red Bull) showed that he likes to race on dirt, hitting the grass at the first turn virtually not braking.

After the pit stops Leclerc was first, followed by Enzo, less than a second behind. The Brazilian passed him on lap 28 of 35, venturing on the inside at turn 3. At 31 the Monegasque regained his place.

With a couple of laps to go they penalized Arthur Leclerc with three seconds for multiple cautions but Enzo still tried to win on the track. They went into some curves side by side. Enzo took the lead.

Stoffel Vandoorne (BEL, Mercedes) closed on soft tires and was the fastest on the track. He was back ready to take advantage of any contact.

Leclerc went off the track and with that Enzo Fittipaldi ended up winning the race, with Vandoorne second (third on the track). 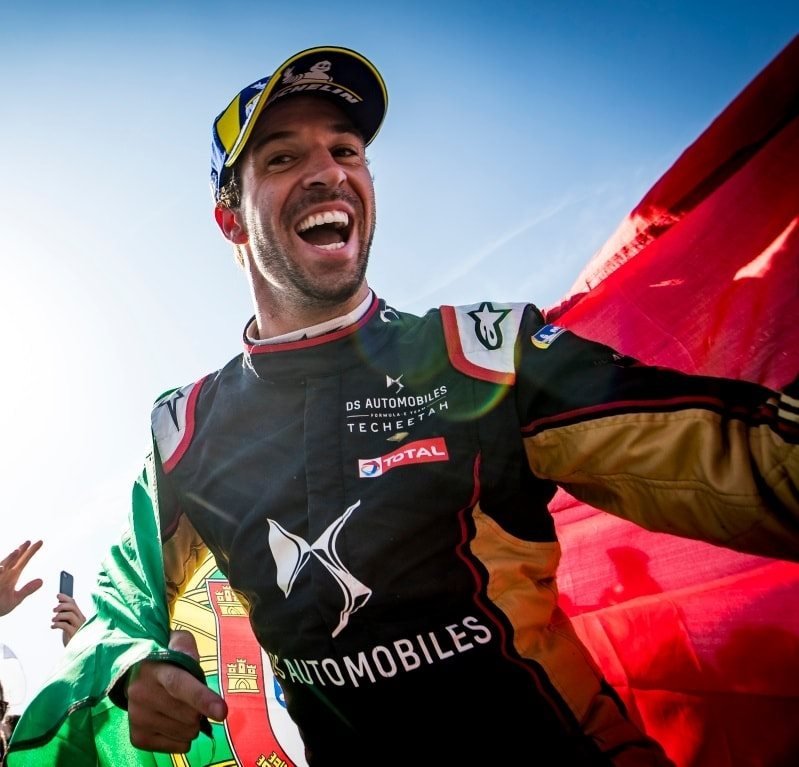